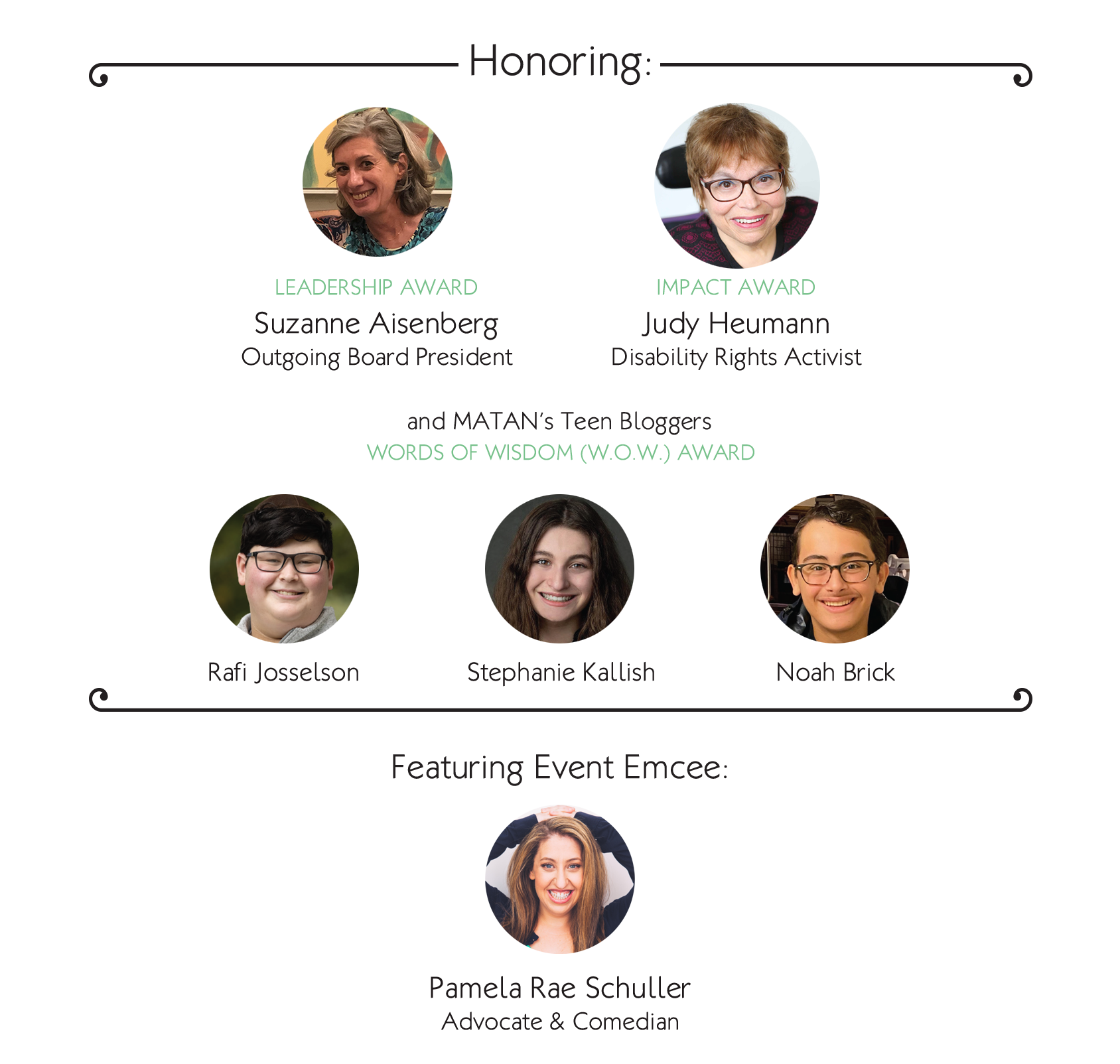 Suzanne Aisenberg
Suzanne Gaba Aisenberg's involvement with Matan began in 2005 when her younger son required additional support to attend Park Avenue Synagogue's Congregational School. She joined the board of Matan in 2014 and has served as board president since 2016. Her efforts to support individuals with special needs has led her to volunteer with other organizations including the Center for Special Needs at the Marlene Meyerson JCC of Manhattan, NEXT for Autism and as co-chair of the Membership and Inclusion Committee at PAS. With Matan as her anchor she continues to foster the link between the special needs community and Jewish life.

Judy Heumann
Judy Heumann is a lifelong advocate for the rights of disabled people. She has been instrumental in the development and implementation of legislation, such as Section 504, the Individuals with Disabilities Education Act, the Americans with Disabilities Act, the Rehabilitation Act, and the UN Convention on the Rights of Persons with Disabilities.
Her memoir,"Being Heumann: An Unrepentant Memoir of a Disability Rights Activist," co-authored by Kristen Joiner, was published in 2020. She is also featured in the Oscar-nominated documentary, "Crip Camp: A Disability Revolution," directed by James LeBrecht and Nicole Newnham. Judy produces a podcast called "The Heumann Perspective," which features a variety of members from the disability community.

Rafi Josselson
Rafi Josselson is an autistic freshman at the Leffell School in Westchester County. He enjoys reading, trying different foods and learning about new things.

Stephanie Kallish
Stephanie Kallish is from the suburbs of Chicago. Currently, she is a student at Brandeis University. She served on the International Board of USY, and is involved in Jewish Mental Health Advocacy. In her free time, Stephanie enjoys reading, biking, Jewish learning, and drinking coffee.

Noah Brick
Noah Brick is a 15 year old high school sophomore from White Plains, New York. He has Tourette Syndrome. He is a youth ambassador for the Tourette Association of America. In his free time, he enjoys acting, watching "F.R.I.E.N.D.S." and playing Dungeons & Dragons.

To participate in the Journal to celebrate our incredible and deserving honorees, please let us know of your intentions by Monday, May 23rd. 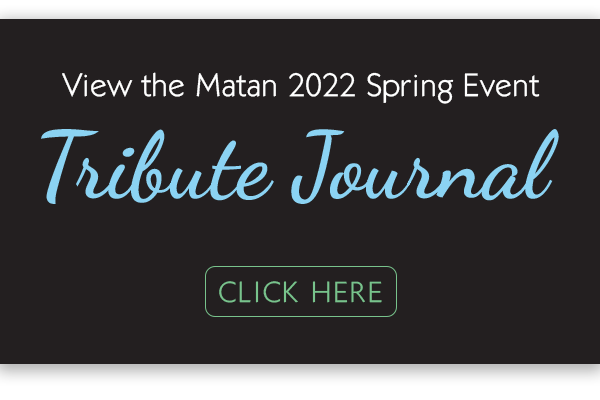